Texas Should Treat 17-Year-Old Offenders as Juveniles, Not Adults

Today, a 17-year-old who commits a crime in 41 states plus the District of Columbia is prosecuted in the juvenile justice system, yet Texas remains one of nine states that charges 17-year-old offenders as adults based on an antiquated Texas law that dates back to 1918.  North Carolina and New York are even more backwards—they also charge 16-year-olds as adults.

Since 2009, five states have changed the law to prosecute all ages under 18 in the juvenile justice system.  Beginning in 2009 with Connecticut, Mississippi, Massachusetts, Illinois, and New Hampshire continued this trend in 2010, 2012, 2013, and 2014, respectively.

In Texas, even though 17-year-olds cannot vote or buy cigarettes, they are considered adults for the criminal justice system.  Modern science has shown that the brain of a 17-year-old is still developing and continues to develop well into the 20s.  In fact, the auto insurance industry understands that teenage drivers are more impulsive and that is why rates are lower for 16 to 25-year-old drivers.

Furthermore, in adult prisons, these youth are particularly vulnerable to sexual abuse. As the Campaign for Youth Justice asserts, raising the age to be prosecuted in the criminal justice system to 18 will

limit children’s needless exposure to trauma, abuse, and criminality in adult prisons and jails. The juvenile justice system offers youth the resources needed to overcome traumatic experiences and rehabilitate after committing an offense.

Children have a particularly strong psychological capacity to learn from past decisions, if the opportunity is allowed. Creating more childhood trauma in a prison setting will do the opposite. Raise the Age legislation is therefore common sense: children cannot be funneled into the adult criminal justice system without long-term consequences to the youth, their communities, and to public safety.

In 2015, a bill in Texas to raise the age of majority to 18 had broad support but was not passed mainly because of budgetary reasons. Opponents of raising the age point out that

It is more expensive to house juveniles in facilities or handle their probation since they are legally entitled to education, treatment, and other programming that is not required for adults. A report commissioned by the Texas Legislature last year found that it costs $366.88 per day to house a youth in a juvenile facility and $50.04 to house an adult prisoner. Adult probation is $2.99 per day, and juvenile probation is $22.42.

However, supporters of the measure contend the economic long-term benefits are far greater. According to UT professor Michele Deitch, current data based on state laws suggests that most 17-year-olds sent to the juvenile system will receive probation.  A sexual abuse scandal at TYC units in 2007 rocked Texas’ juvenile justice system and led to more juveniles being sent to community-based programs.  Within five years, the number of youth incarcerated in the state’s juvenile facilities fell from 4,700 to less than 1,500.  All over the country, juvenile delinquency rates have been falling.  If this downward trend continues, juvenile facilities will have sufficient beds for the few 17-year-olds who are not put on probation.

Furthermore, there are other cost-saving benefits.  In the juvenile system, 17-year-olds will receive more programming and are more likely to rehabilitate and become productive taxpaying members of society rather than burdens on taxpayers.  A Texas legislative report estimates that “each youth who is rehabilitated can save taxpayers between $1.7 million and $2.3 million in future criminal justice costs.”  In other words, an investment in our troubled youth today will save money. 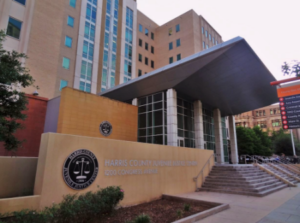 Finally, in addition to the stigma and shame, a public criminal record impacts a juvenile’s access to education, employment and housing. By treating 17-year-olds as adults in the criminal system, we are giving up on children by saying that there is no hope for rehabilitation and that punishment is the only option.  As a result, many young lives are ruined in the process.

In 2017, Texas should change the law and treat 17-year-olds as juveniles.  It is the right thing to do.
Posted by Jim Sullivan at 7:43 PM