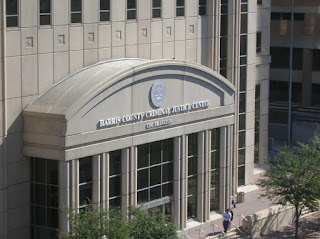 Houston Criminal Defense Lawyer James (Jim) Sullivan has a proven record (see below) in getting serious felony cases no billed (dismissed) by the Grand Jury.  When a person is accused of a felony offense, there may be the possibility of his defense attorney winning his felony case at the Grand Jury level.  Depending on the facts and circumstances of the case, this may or may not be a viable option, so it is important to talk to an experienced criminal defense attorney.  By utilizing this strategy, the accused in effect has two opportunities to win his case before a jury:

If the Grand Jury votes that probable cause (i.e. a probability) does not exist to believe that the accused committed the offense, the case is no billed (dismissed).  If the Grand Jury votes that probable cause does exist, then the case is true billed (indicted).  If a case is no billed, the accused has the immediate legal right to seek an expunction of his criminal record.  If a case is indicted, then the accused may have to have a Jury Trial in order to get the best result.   A Jury Trial is more expensive and involves much more time and legal work.
Because prosecutors generally seek to present felony cases to the Grand Jury between the first and second court setting, it is extremely important to hire a defense attorney right away.  Unless a defense attorney requests that the prosecutor hold the case from the Grand Jury in order to prepare a defense packet, the prosecutor will seek an indictment from the Grand Jury soon after the felony charge is filed.
Once an accused is indicted, this option is no longer available.  Therefore, time is of the essence in retaining a knowledgeable defense attorney.
Since 1994, Houston Criminal Lawyer James Sullivan has worked to get countless felony cases no billed by the Grand Jury.  These felony cases include Sexual Assault of a Child, Attempted Murder, Aggravated Robbery, Aggravated Assault of a Public Servant, Aggravated Assault, Injury to a Child, Forgery and Burglary of a Habitation among others.  The graph below lists just the 20+ felony cases that have been no billed since November 2008.
This strategy is underutilized by other attorneys. Some lawyers do not understand the process or how to construct a persuasive defense packet.  James Sullivan knows lawyers who have practiced criminal law for over 20 years but have never fought a felony at the grand jury level.  Other attorneys may not do so because they know that they can charge much more money to go to trial.   Court-appointed lawyers are paid by each court appearance that make, so the longer the case lasts the more money they make.  Therefore, very few may be willing to do this.  James Sullivan cares about his clients and wants to get them the best result in as short amount of time as possible while charging a reasonable fee, so he considers this option on all of his felony cases.
Range of punishment for felonies include: 1° Felony (5 yrs to Life in prison), 2° Felony (2-20 yrs in prison), 3° Felony (2-10 yrs in prison) and SJF (6 months to 2 yrs in state jail).

Attorney James Sullivan is an experienced Houston Criminal and Juvenile Defense Trial Attorney serving Greater Houston and Texas since 1994.
Contact the Law Office of James Sullivan and Associates at (281) 546-6428 for a free consultation.
Posted by James Sullivan at 9:19 PM